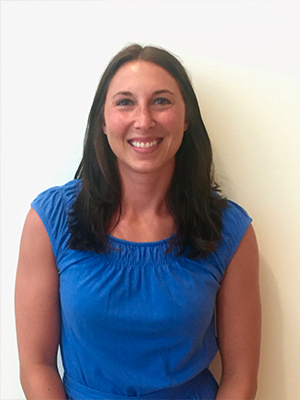 Doctoral candidate, Lauren Schwartz, won a prestigious F31 research fellowship grant from the National Institutes of Health. The purpose of these pre-doctoral awards is to enable students to obtain funding while conducting dissertation research in scientific health-related fields relevant to the missions of a variety of NIH Institutes and Centers.

The multi-year award is for about $43,000 per year to cover the trainee’s doctoral stipend and tuition. The awards are notoriously difficult to get, with success rates well below 20% for most NIH Institutes/Centers. We sat down with Lauren to learn more. 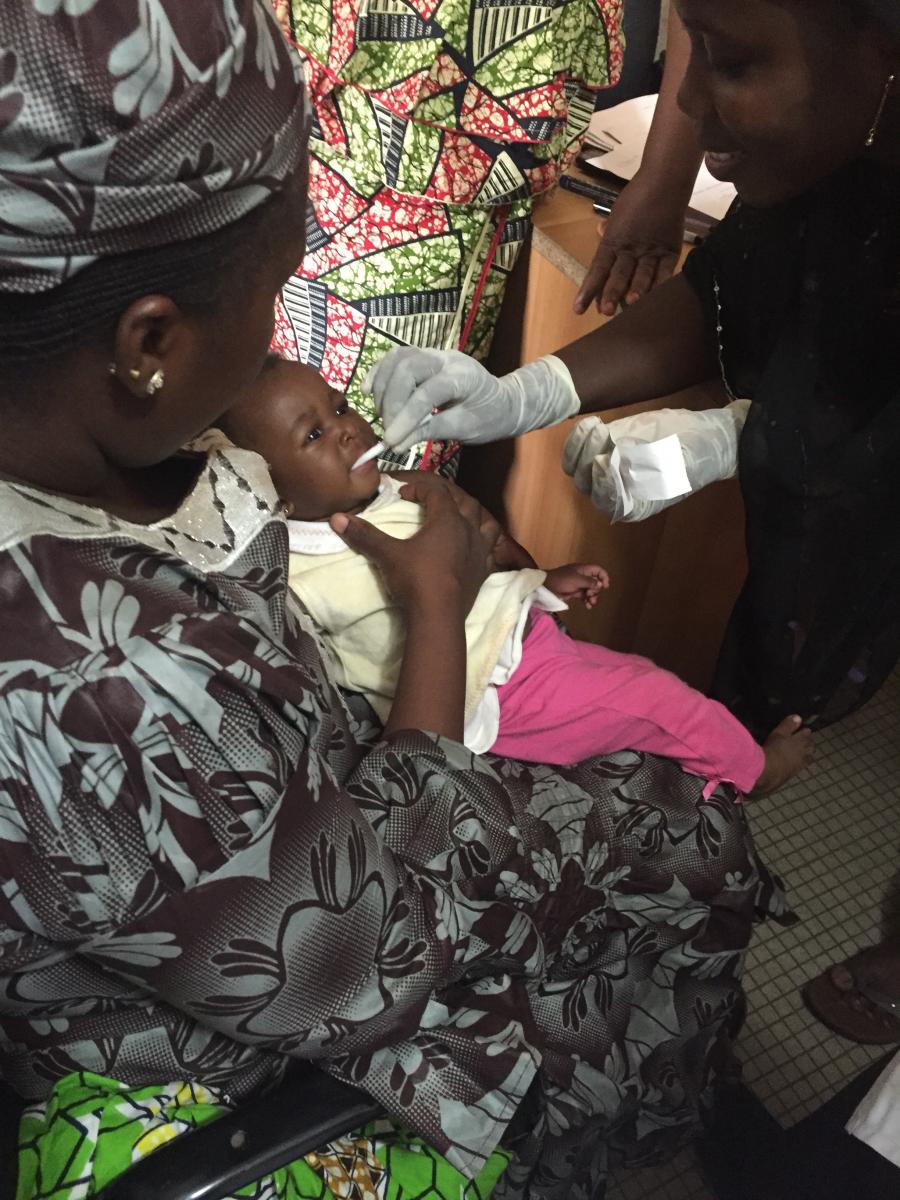 What is your research topic?
I was awarded funding from the National Institute of Allergy and Infectious Diseases (NIAID). This grant focuses on an ongoing project in collaboration with the University of Maryland’s Center for Vaccine Development to enroll cases with severe diarrhea and healthy matched controls among children under five years old in Mali, Kenya, and The Gambia. The study aims to estimate the effectiveness of rotavirus vaccine and to understand the causes of severe diarrhea. My sub-study leverages the infrastructure from this larger ongoing study to try to determine the reasons that vaccine effectiveness in sub-Saharan Africa and Southeast Asia is only 40-60% compared to 90% in the U.S. and Europe. There are several proposed mechanisms for a decreased effectiveness, including the role of the microbiome, malnutrition, co-enteric infection, and others. By collecting saliva in cases and controls who have received rotavirus vaccine, the study hopes to determine how genetic determinants may influence vaccine failure, a previously unstudied hypothesis of low vaccine effectiveness.

Have you traveled to Africa for this project?
In January I went to The Gambia for the annual investigators meeting. I presented my scientific rationale for the study before any work began so that local investigators would be on board for what we were planning to do. There was also representation from the Gates Foundation, the funder of the parent study. That’s when we found out that they were providing supplementary money to assist with this project. The F31 grant funds my stipend and my tuition and the Gates Foundation is funding the purchase of saliva collection kits, laboratory testing, and my travel to study sites. I also spent about a week at the field site in The Gambia starting saliva collection training.

I also traveled to Mali and Kenya to lead saliva collection training to all of the staff who would be collecting saliva on the kids. Although it is relatively straightforward, it allowed us to talk through some of the site-specific logistics and potential challenges, such as making sure that we are getting the saliva into the refrigerator and eventually into the freezer in the right amount of time (the laboratory can be a two-hour drive in 85-degree heat) or how to best collect saliva in severely dehydrated children.

I was lucky to be able to see saliva collected from the very first child enrolled in the sub-study while I was in Mali. After almost a year of reading and writing about this subject, seeing that first child in the clinic was such an important experience for me. In a couple of weeks, I’ll be going back to Mali to review some of those protocols. I’ll be able to see how everything is going and gain more experience with the larger study overall. Although I am mostly focused on my sub-study, it’s a huge study which will eventually have thousands enrolled, so it’s important that I understand all of the larger components.

How did you find out about the grant opportunity?
I knew a few other UW Epi students who had received it in the past, but I also knew that F31s are notoriously hard to get. It was something I probably wouldn’t have initially thought of, but my advisor, Dr. Betz Halloran, encouraged me to apply. I also discussed it with Professor Ali Rowhani-Rahbar and the rest of my dissertation committee. I had already written a shorter proposal to begin the project (in collaboration with the University of Maryland) which we used for the protocol and other grants through the Gates Foundation to support the project. I had a lot of the science part already there. It was a matter of putting together many, many other documents that are required for this grant. 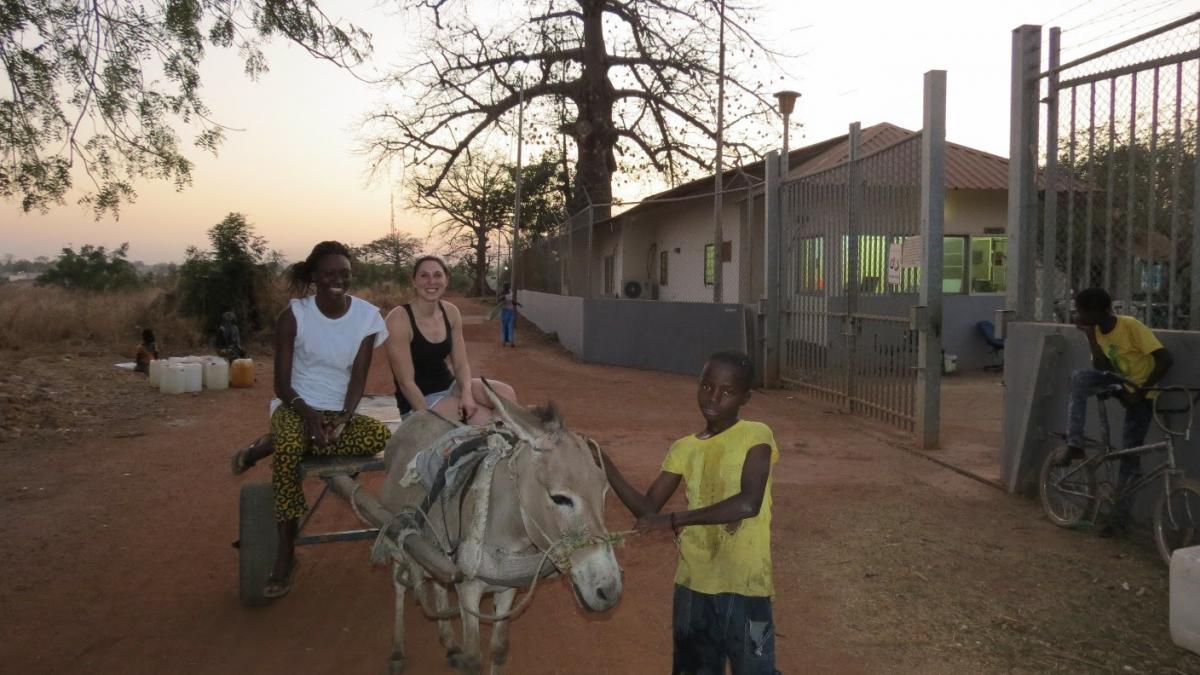 What was the process like to apply?
There were definitely times where I was at the office until 9 pm. I had a couple of funded applications from other UW students that I could reference. That was very helpful. I was also in a group of five other pre-doctoral students who met about once a week with Professor Lianne Sheppard from the Biostatistics department who previously taught a grant writing course specifically focused on the F31. We would talk about the process and review each group members’ documents and ask questions. My advisor helped a lot, but it was nice to meet with other students to get some ideas of keywords to put into each of the sections and important concepts to include that I wouldn’t have necessarily known just from the instructions. We kept each other focused and on track. Writing these grants is mostly about the importance of the science, but the grant also focuses on other aspects such as: the proposed academic training plan, your academic and scientific accomplishments as a fellow, and the research experience of your sponsor and institution.

What does this award mean to you/your career?
I think no matter what you end up doing after a PhD program, whether that’s in academia or the non-profit world, it’s important to know how to write what your science is and write it well and convincingly. I really understood my project in a much deeper way than I would have prior to going through this experience. It’s something that will stay with me throughout my career. Of course, it’s a great thing to have on a resume as well, to have your own funding. I know it will be helpful as I look for career opportunities in the future. Writing the grant was a lot of work, but I learned so much.