In 1982 Victoria Holt was an assistant to a midwife doing homebirths in Kitsap County. Curious about why some women had babies with high birth weights, she began to collect and organize data. 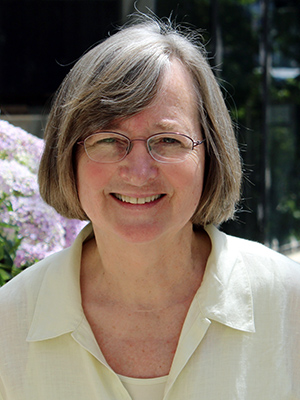 And just like that, her passion for epidemiology was ignited.

She returned to the University of Washington (UW) in 1985 to pursue her MPH, and eventually her PhD, at the School of Public Health. Later, she joined the Department of Epidemiology as a faculty member.

Today, she is officially one week into retirement from her 31-year career in the Department of Epidemiology where she served most recently as Chair. In a phone conversation from her new home in Manzanita, Oregon, Holt discussed her legacy, hopes for the future of the department, and retirement plans.


Q: You’ve been with the Department for more than 30 years. How have you seen it change during that time?

I think it’s not just that people have become interested in communicable diseases again, but the realization that infections are important for cancer and perhaps for other chronic diseases. The HPV story is a perfect illustration of research that began as a concern about cancer and then progressed to the discovery that there was an infectious etiology.

Q: What has kept you interested in epidemiology research?

It must be in my DNA. I was collecting and analyzing data before I even discovered epidemiology just because I was interested in it. I had questions, but no idea what the tools were. When I learned that there was a branch of science with techniques for analyzing the data I had collected, I felt at home.

Even this week, fresh into retirement, I’m looking at an article being circulated among an anti-vaccine group. The rationale is not good and the research has holes in it. I can’t help myself – I want people to know the truth. I’m a researcher at heart.

Q: What advice do you have for students beginning their careers in epidemiology?

It’s the Joseph Campbell advice: follow your bliss. If you’re thinking about pursuing a research area, make sure it’s something you’re passionate about.

Q: How did you discover that for yourself?

I worked in mental health at Harborview when I was first out of undergrad. I discovered that a lot of the women who were hospitalized with depression had partners who were physically or psychologically abusive to them. I saw the horrendous eventual effect of the woman being suicidal as the result of violence perpetrated against her. That was the motivation for my partner violence focus.

I’ve also always been interested in reproductive health, including when I was doing midwifery. It wasn’t hard for me to find a couple of things that were very close to my heart.

Q: What are you most proud of during your time as Chair?

We hired five new permanent professor-track faculty, evaluated our curriculum and made some important additions to it, improved the physical space so that people can gather together as a community to interact, improved the infrastructure for departmental research, and achieved financial stability. We also established the Epidemiology Leadership Team who provided me wise counsel over the years, and I expect they will continue to provide excellent leadership in the years to come.

Q: What are your hopes for the Department going forward?

I hope the Department will build on what we’ve accomplished and take it to the next level. I’d like to see recognition outside of our small community about the importance and quality of what we do. I think we’re just in the beginning stages. I’m optimistic that what we do will be brought forward to the larger world, locally, nationally, and even internationally.

Q: What will you miss?

The relationships, without question. I made so many personal connections with faculty, staff, and students.

Q: What are you looking forward to most in your retirement?

I still have two research projects with Sasha Dublin at Kaiser Permanente. One is on elective inductions and the impacts on mom and baby. The other is related to treatment of hypertension in pregnancy. I'm quite looking forward to having a bit more time to focus on those projects.

There’s a lot going on in our community too. There’s an emergency medical corps that’s very active in preparation for a coastal earthquake/tsunami. They were excited to find out that I’m an epidemiologist, and I've been enlisted to help teach the "Water, Sanitation, and Hygiene" emergency preparation course.

I’m also looking forward to landscaping our yard and to traveling. And to no longer commuting.