Sticking to the beat: How breaking your circadian rhythm can affect your health

We all have it – our own natural rhythm. Our 24-hour internal clock – known as circadian rhythm - oscillates precisely with daily cycles of light and dark. With a steady pace, it rises and falls, directing cycles of alertness and sleepiness. The mastery of this bodily conductor depends on one thing – the reliability of a dark night.

Over our existence, we have advanced light as a tool to combat night – from the origins of fire control to candles, gas lighting, electricity, incandescent light bulbs and LEDs. Although these discoveries have empowered us to maintain daily activities at night, how does it affect our circadian rhythm? And how do these interruptions influence our health?

Dr. Richard Stevens (Ph.D. ‘77) is a professor in the University of Connecticut School of Medicine. He has spent the majority of his career investigating why people get cancer. In 1987, he proposed a radical theory at the time that focused on the connection between electric lighting and “circadian disruption.” The research posited that changes in the hormones produced by circadian disruption increase breast cancer risk. Over the years, accumulating evidence has supported the idea, and it has received wide scientific and public attention.

The University of Washington Department of Epidemiology had a chance to sit down with Stevens to discuss current and future research on the topic, what individuals can do to mitigate risks, as well as the other mounting dangers of artificial light. 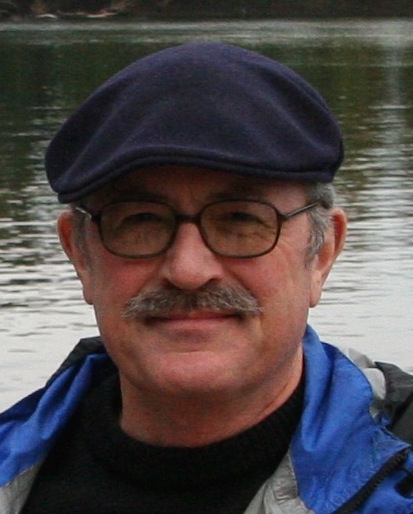 1.  As you mention in your research, there is mounting evidence that interruptions in circadian rhythm can increase breast cancer risks, among other cancers and diseases. This question is two-fold: what is the extent to which circadian disruption compromises human health and what types of electric light are the worst disruptors?

We have learned a great deal about what kind of light affects circadian rhythmicity the most, and the findings could probably have been predicted: bright short wavelength light (blue) has the strongest effect on lowering melatonin, whereas the dimmer long wavelength (yellow and red) light from a campfire or a candle, for example, has very little effect. Bright light from the Sun to make daylight blue is a benefit in the morning when we need to be alert and awake, whereas when bright blue light comes during the night, it fools the body into thinking it’s daytime. The topic got a serious boost with the 2017 Nobel Prize in Physiology or Medicine being awarded to three researchers “for their discoveries of molecular mechanisms controlling the circadian rhythm.”

The concern is with exposure to excessive electric light during the night (anytime from sunset to sunrise) over a period of years or decades.  For most people, light exposure in the evening, from sunset to when lights are turned out for sleep, matters.  This period of several hours is crucial for excessive light to have impact in disrupting circadian rhythmicity by delaying transition to nighttime physiology, which should begin at sunset.  Experimental studies in humans have shown that relatively brighter, shorter wavelength light (i.e., bluer light) in the evening delays this important physiological transition compared to dimmer, longer wavelength light, and importantly degrades sleep quality.  In addition, evidence is mounting that circadian disruption from excess light at night increases risk of many adverse conditions common in the modern world including diabetes, obesity, cancer, and depression.

2.  What can individuals do to mitigate the risks caused by electric light?

No matter what the light source, the fewer photons per second hitting the retina at night, the lower the circadian effect.  For example, increasing the distance between the eye and the source will lower the adverse impact of the light; a smartphone at 18 inches will have exponentially less circadian effect than the same phone at 9 inches.  And during the day, use of high blue content light bulbs (e.g., CFL and “white” LED) in the morning, while changing to low blue content at sunset (e.g., low wattage incandescent or candles, if you dare) will allow a robust circadian rhythm to continue.

One specific issue is going to the bathroom during the night.  The vanity lighting around the mirror in a typical bathroom can begin suppression of melatonin almost immediately.  Instead, do as I do and have a small red night-light, which is enough for safety, but allows nighttime physiology to continue uninterrupted.  I’m quoted in the May, 2009 issue of Reader’s Digest on this, so it must be true.

3.  How is the increased use of electric light related to environmental issues, such a greenhouse gas emissions?

Light pollution is as important an Earth issue as global warming, though far less appreciated.  Its impact is both direct from its pervasive adverse environmental effects on life, and indirect because it is estimated that 20% of electricity consumption worldwide is for lighting and at least 30% of that light is wasted.  Fossil fuel combustion is used to generate most of the electricity produced, so the contribution of electric lighting to green house gas emissions is enormous.  Both the wasted and the unnecessary portions of electric light are very large indeed.  Wasted light is that which serves no purpose at all; unnecessary light is the excessive use of light, called “over-lighting”, beyond what is required for the task at hand be it driving, or shopping, or Friday night football.

4.  How did you become interested in this type of research?

Until the early 1980s, we all thought diet accounted for the large international differences in risk of breast cancer.  Then the first of the large cohort studies of dietary fat and breast cancer were reported, and no effect at all was seen.  This was very disappointing.  I wondered what the heck else changes with industrialization as societies modernize.  I was lying awake in the middle of the night (which is perfectly normal) in my apartment, and realized I could almost read a newspaper from the street lighting coming thru the window.  I then realized that increasing use of electric lighting is a hallmark of industrialization in the modern world.  That was the “aha” moment, and led me to ask various colleagues about what light can do (A: it can lower melatonin). And then what can melatonin do (A: it prevents breast cancer in rats)?  I, and a growing number of other interested colleagues, then started formulating predictions of the theory, the first to be addressed being “night working women should be at higher risk than day working women.”

5.  Your research is widely circulated throughout the media. Why is it important to for this research and research in general to be shared with the public?

Actually, I have in recent years been spending more and more time on “public outreach” by which I mean “communication of science to the people who pay for it.”  If we scientists don’t talk to journalists about our work, then they will find someone else; and that someone else will not know as much about the work and will often have a personal agenda not compatible with the public good.

As a young guy, I was taught by senior mentors (passively and sometimes actively) that the press almost always does a bad job, takes quotes out of context, and was obsessed with the sensational. I’ve been talking to journalists (print, radio, TV) for several decades, and in the early days, I accepted the idea that they were not trustworthy.

Slowly I came to realize that that attitude was not only counter-productive, but wrong. I want to highlight that for students. Particularly for any of us in biomedical sciences, including epidemiology, we are going to be approached by the media.  So for students, they should be taught from the beginning how to do it effectively for the benefit of society.

As a recent example, in the last two years, I have become increasingly publicly involved in the “wicked problem” of light pollution. I was an author of an AMA policy statement in 2016 on the dangers of the “white” LED street lighting that is sweeping the country.  I then wrote a popular piece about it that was picked by CNN and has well over 2 million reads.  It has had real societal consequences in that cities, like Seattle, are rethinking the claimed merits of this LED street light conversion.

As an undergraduate at University of California at Berkeley, I was interested in life sciences and genetics in particular.  After trying to dissect a fetal pig in Zoology, I realized that blood was not for me.  I took Organic Chemistry from Melvin Calvin (Nobel Prize, 1961) and received an A on the exams but a C in the lab portion of the course (got a B+ overall), so becoming a basic lab scientist was also not for me.  I asked one of my genetics professors what I should do, and she said “epidemiology”.  I came to the University of Washington, because it was one of the best programs in the country. I received a full ride, and Seattle’s a real nice city.