When Jonathan Mayer first heard the words “medical geography”, he felt as though a light bulb had just been turned on. Mayer, in his early years of graduate school, had been mostly uninspired by his geography doctoral studies, but when he learned the term, he knew “this was it.” 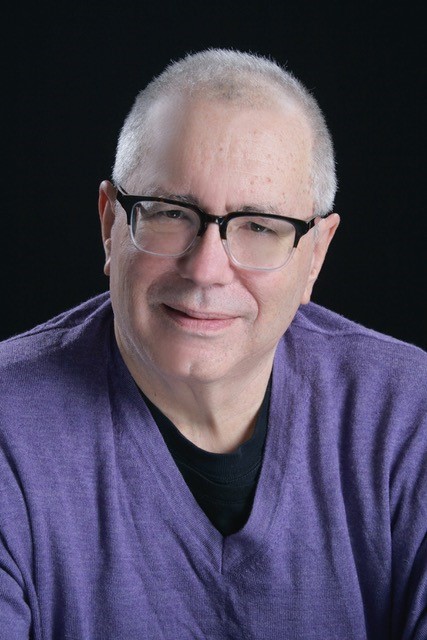 Medical geography looks at the geographic factors that impact health. For Mayer, this interdisciplinary field tied together with his long-held fascination for geography, infectious diseases, and medicine.

Forty-two years later, Mayer is retiring as a professor of epidemiology, geography, global health, and medicine at the University of Washington (UW). Prior to his retirement, we sat with Mayer to reflect on his career, accomplishments, and advice for the next generation of interdisciplinary epidemiologists.

You received a master’s and a doctoral degree in Geography at the University of Michigan. What sort of research questions were you interested in at that time?

I was originally interested in movement and transportation patterns. As I got deeper into medical geography, I became very interested in explaining the geographic epidemiology of out-of-hospital cardiac arrest and to what extent response time makes a difference in survival probabilities, particularly for the more treatable kinds of cardiac arrest. I was also intrigued by the relationship between the location of paramedic vehicles and survival probability for cardiac arrest. So, I started work on those projects at the University of Michigan and the latter turned out to be my first really big project here in Seattle with the Medic One program, which was the first program to train firefighters as paramedics.

Your research career and interests span a wide and diverse spectrum of public health topics. How would you describe how your research interests and how have they have changed over time?

The unifying theme with my research interests over the years is that they look at the spatial relationships for health outcomes. After the Medic One stuff, I studied geographic clues about the etiology of multiple sclerosis (MS). I’ve always been interested in infectious disease, and there was some evidence that an infectious agent could be a cofactor for developing MS. Along the way, I did a three-year fellowship in medical ethics. I was interested in the ethical ramifications of things like redistributing where a medic unit was from a low-demand area to a high-demand area. Saving lives in one area and the cost of lives in another: I didn’t know how to handle that ethically and emotionally. I got interested in travel medicine because my fellowship entailed lots of travel to tropical areas. Around that time, I was asked to teach about cultural and environmental considerations in differential diagnosis and treatment of travel related illness at the Travel and Tropical Medicine clinic at the UW.

Today, my research interests have shifted a little to antimicrobial resistance in infectious diseases, antibiotics use in agriculture, the epidemiology of pain—especially of chronic pain—and identifying hotspots of opioid prescribing, as well as “deserts” of pain treatment, in which appropriate analgesics are virtually inaccessible. I’m also studying the epidemiology of small bowel obstruction, which is an obstruction of the small bowel that can sometimes require emergency surgery.

What are some of your most proud moments during your career?

There were many, but three come to mind immediately. In 1996, I helped found the Public Health major for undergraduates, having already developed and ran the preceding minor in public health (now known as the Public Health-Global Health Major). I was the first co-director until 2009 with Jeremy Sappington. The whole idea was to introduce undergraduates to public health because it’s such a major contemporary social issue. In the first year, we only had 35 students. The program has continued to grow over the last 20 years and now has nearly 200 new students each year. I got a lot out of building a program and getting to know the students. Watching what they have done with their careers is impressive.

I have been honored to work with people in many different disciplines, particularly in serving on several National Institutes of Health committees over the years. Between 1999 and 2001, I served on the Committee on Climate, Ecosystems, Infectious Diseases, and Health, which convened members from the National Research Council, the Institute Of Medicine, and the National Academy of Sciences. We were tasked by the White House and Congress to provide scientific evidence on the relationship between climate and infectious diseases.

In looking back, one of my proudest moments involved learning from projects that didn’t go as expected. In 2006, I co-founded an organization with colleagues from Norway, to provide community-based public health research and aid in Accra, Ghana. We developed a health survey that was based on the community perception of health priorities and needs. While this approach was novel at the time, this project shifted my perspective on the level of responsibility we employ as non-native researchers because we were unable to take the actionable steps to make the improvements the community needed. We were trying to do research in service to the community, using health problems that were defined by community members themselves instead of an outside research team. Unfortunately, the complexities of doing this sort of thing while having no full-time people on the ground proved to be great, and eventually we had to terminate this effort.

Disciplines don’t really have lines other than administrative ones. Problems such as health and disease are so inherently complex that they are not best approached from the perspective of any one discipline. To me, interdisciplinary research is how I am most creative and I’d rather think about how I can contribute to improving health and lessening disease in general rather than in one specific discipline.

What advice do you have for students?

Epidemiology is one of the most fun disciplines around. The department is so rich with people and ideas. Pick something that you are actually interested in as your research project. Get to know as many faculty as possible. Find out what your passion is.

The other advice I’d add is that you can do something completely different once you’re out of graduate school. The specific topic you study in graduate school doesn’t have to be the one you stick with throughout your career.

What will you miss?

I will definitely miss opening students’ eyes to interdisciplinary health issues through teaching. I’ve probably taught and mentored almost 20,000 students in my career. I am so proud of them and where they have gone. I hope that I may have had a role in the direction they have gone. While I will miss this, my hope for the emeritus phase of my professorship is to continue working with graduate students.

What are you looking forward to the most in retirement? Do you have any plans or projects?

I did some intensive acting training many years ago. I have continued that training in the past year, and just completed acting in a supporting role in my first movie. I’ve also been cast in another film, and plan to continue auditioning and honing my acting skills. I’ll also be concentrating on photography, and creative writing, such as playwriting. Finally, I will continue to concentrate on both research and mentoring a few students, as well as teaching an undergraduate honors seminar on pain that approaches pain from perspectives ranging from epidemiology to pathophysiology, literature, psychology, and philosophy.

I’ll still be working on a few research projects, such as the epidemiology of small bowel obstruction. I don’t think I’m going to be bored.